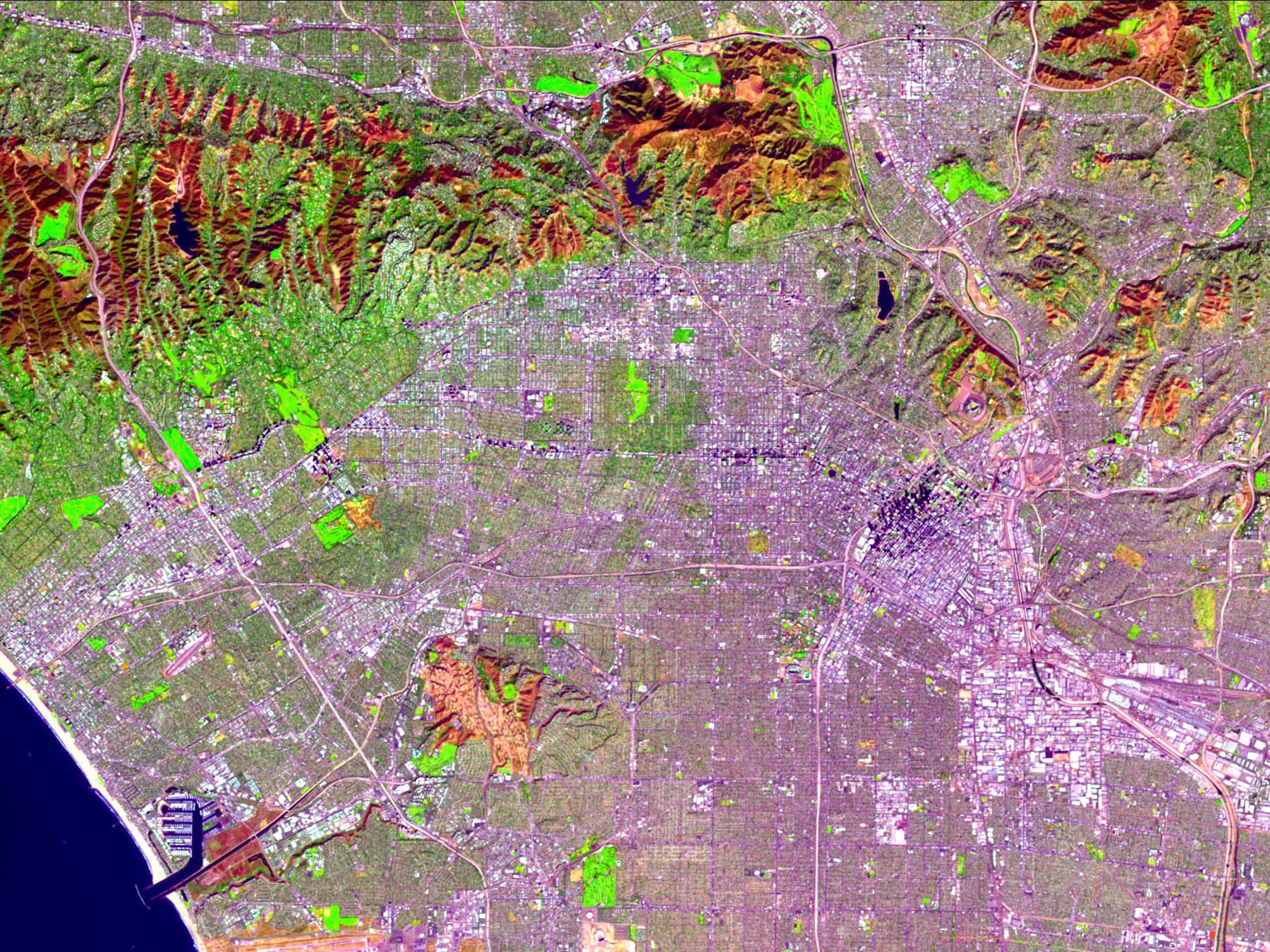 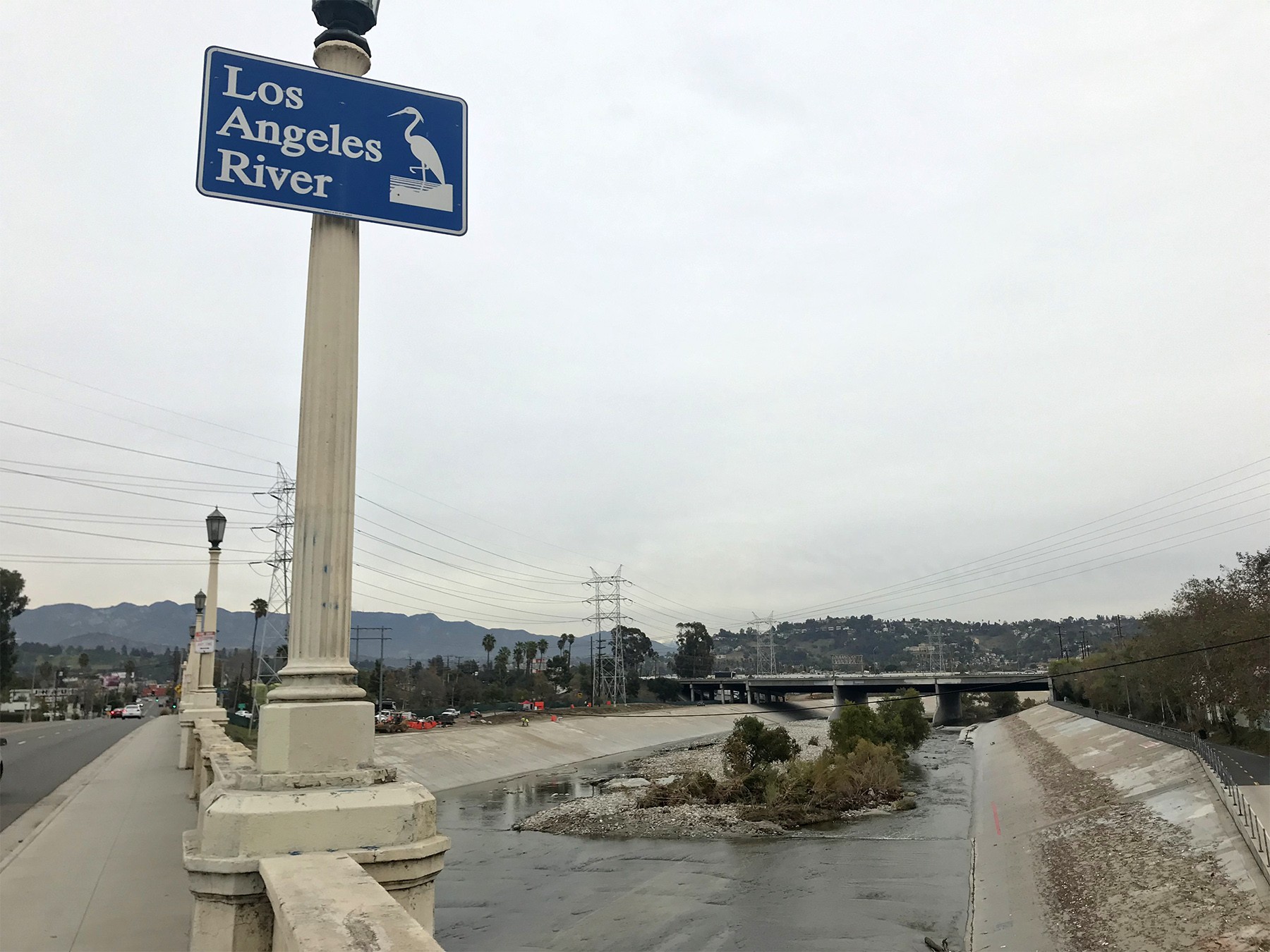 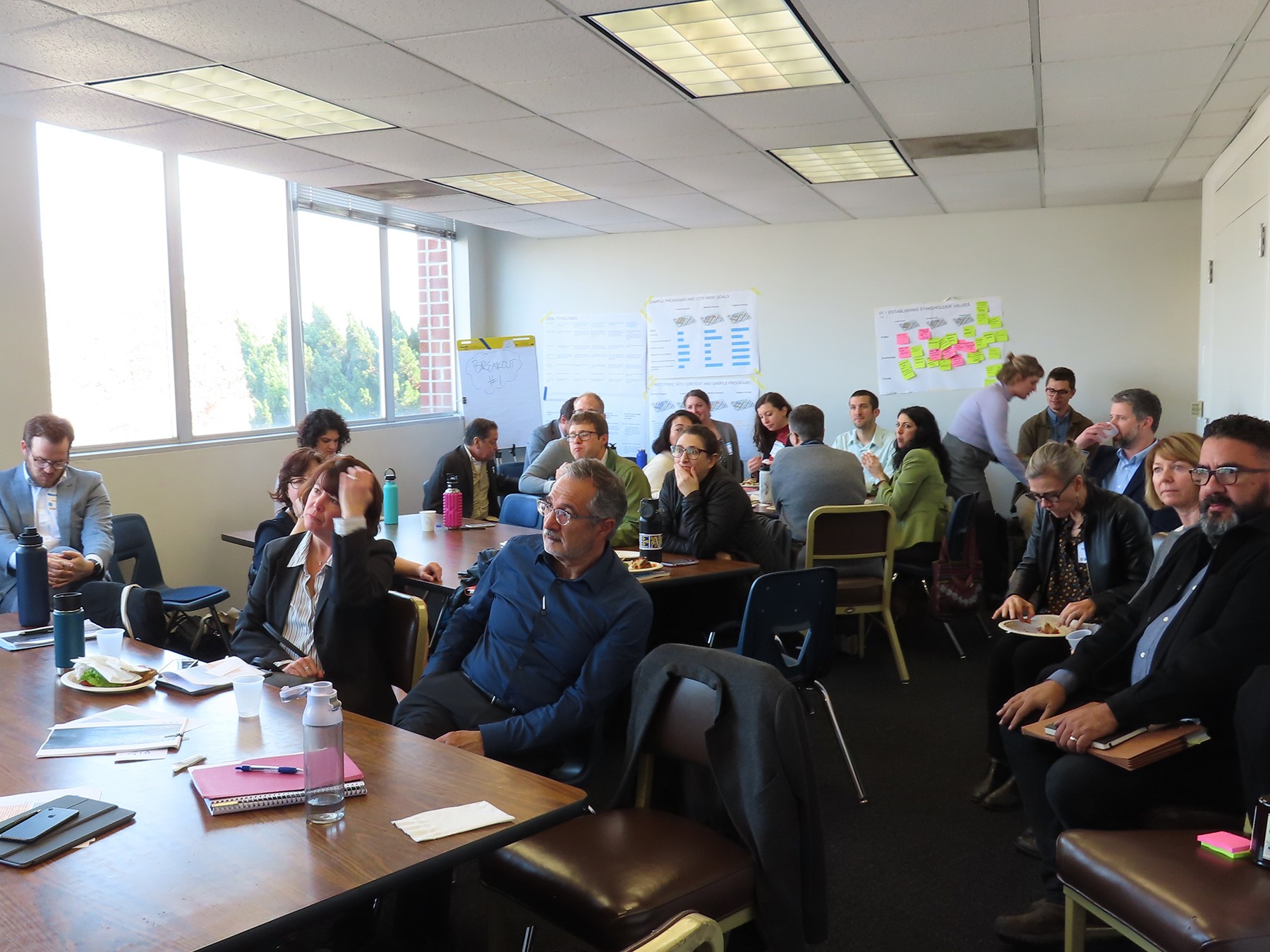 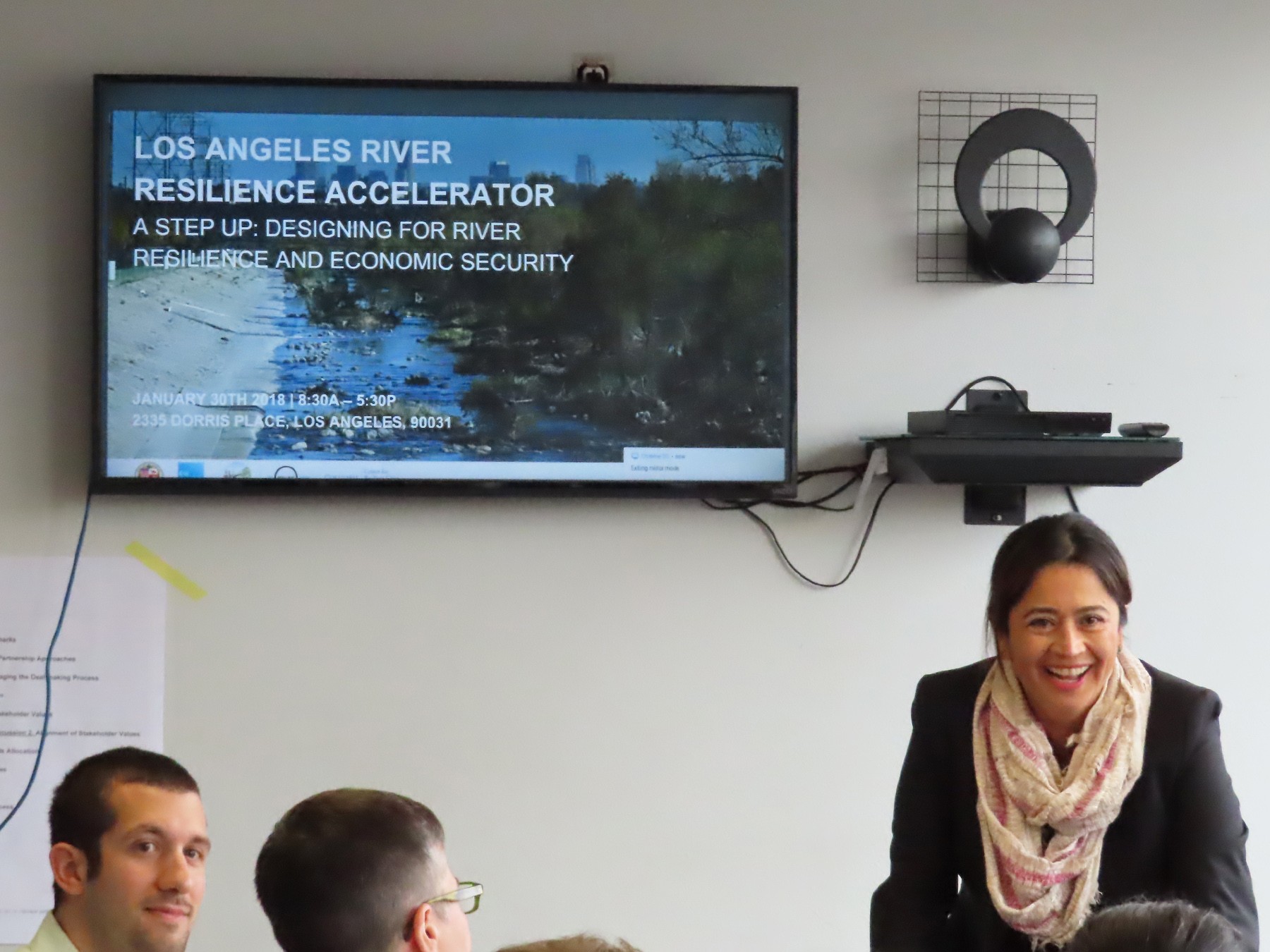 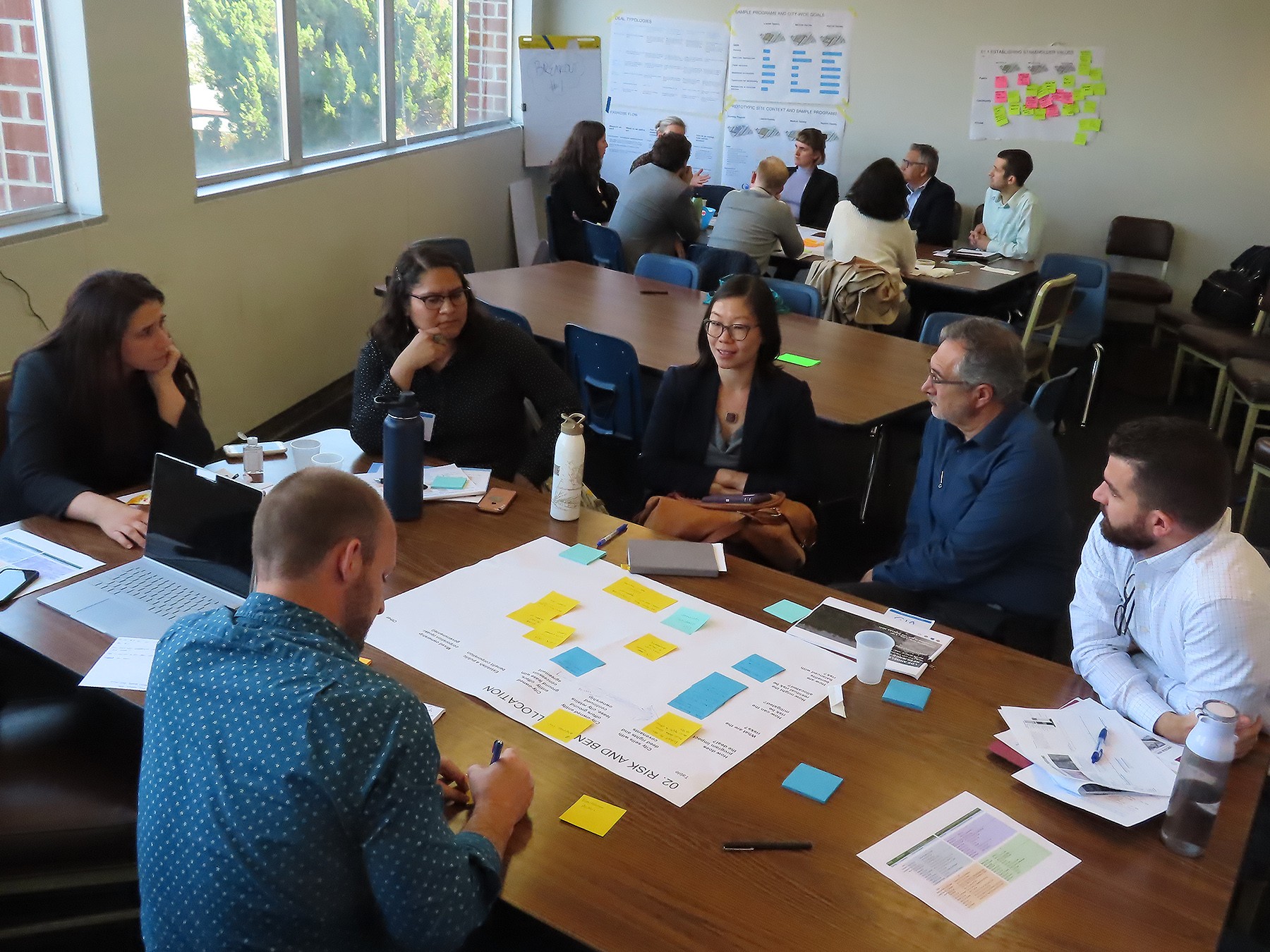 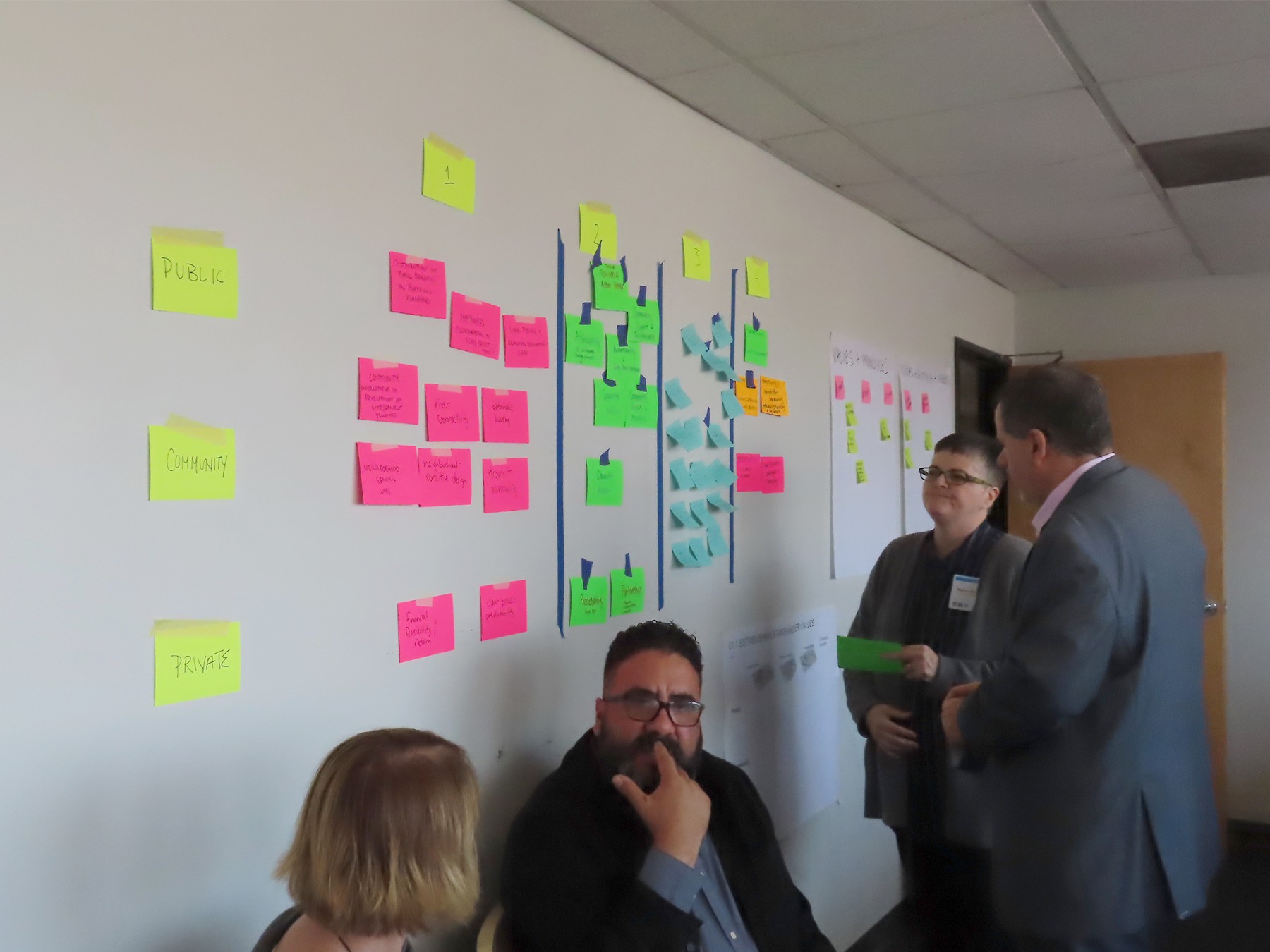 With headwaters in the Simi Hills and Santa Susana Mountains, the Los Angeles River flows 51 miles from the San Fernando Valley, through the City of Los Angeles, eventually emptying in Long Beach. Once an unconstrained and rich habitat that supported the Gabielino Indians over 1,000 years ago, the River became the primary source of freshwater for the City of Los Angeles. Over time, as development intensified, so too did the risk and damages of flooding during wet seasons. By 1960, the River was completely channelized for its entire 51-mile length, 32 of which are in the City of LA.

Today, communities along the LA River are some of the most densely populated and most vulnerable to the pressures of rising housing costs, job displacement, flood risk, and lack of accessibility to transit and open spaces. For these reasons, the LA River has been the site of numerous planning efforts that have intensified over the last decade. Most recently, the Mayor’s Office recognized a need to advance the LA River Revitalization Master Plan in conjunction with the City’s Resilience Strategy. With CRO’s Marissa Aho (former) and Aaron Gross (current) of the Los Angeles Office of Resilience and Michael Affeldt of LA Riverworks, we used the Resilience Accelerator process to model and evaluate a more transparent development process for sites along the River.  Together we asked, can communities along the river become more stable and livable in light of the increasing pressure of gentrification?

At a workshop in January 2019, we engaged over 30 public, private, NGO, and community-based stakeholders, including the Trust for Public Land and RiverLA. The premise of the workshop: rehabilitating the LA River should occur in alignment with natural systems, provide and encourage vibrant public spaces as well as equitable economic development, and address flood risk. We focused on a single, representative City-owned site where active municipal operations abutt the River, allowing participants to consider the challenges and opportunities posed by strategic redevelopment.

While the expectations of stakeholders will be different from one site to another, three action items became clear: first, devise a more connected and transparent planning and procurement processes that balance city-wide goals with community-based needs to achieve resilience goals; second, engage the private development sector to deliver a range of benefits in alignment with the community and public based on resilience criteria for investing; and third, treat City-owned assets along the River as a portfolio to better coordinate decision-making, planning, and investments.