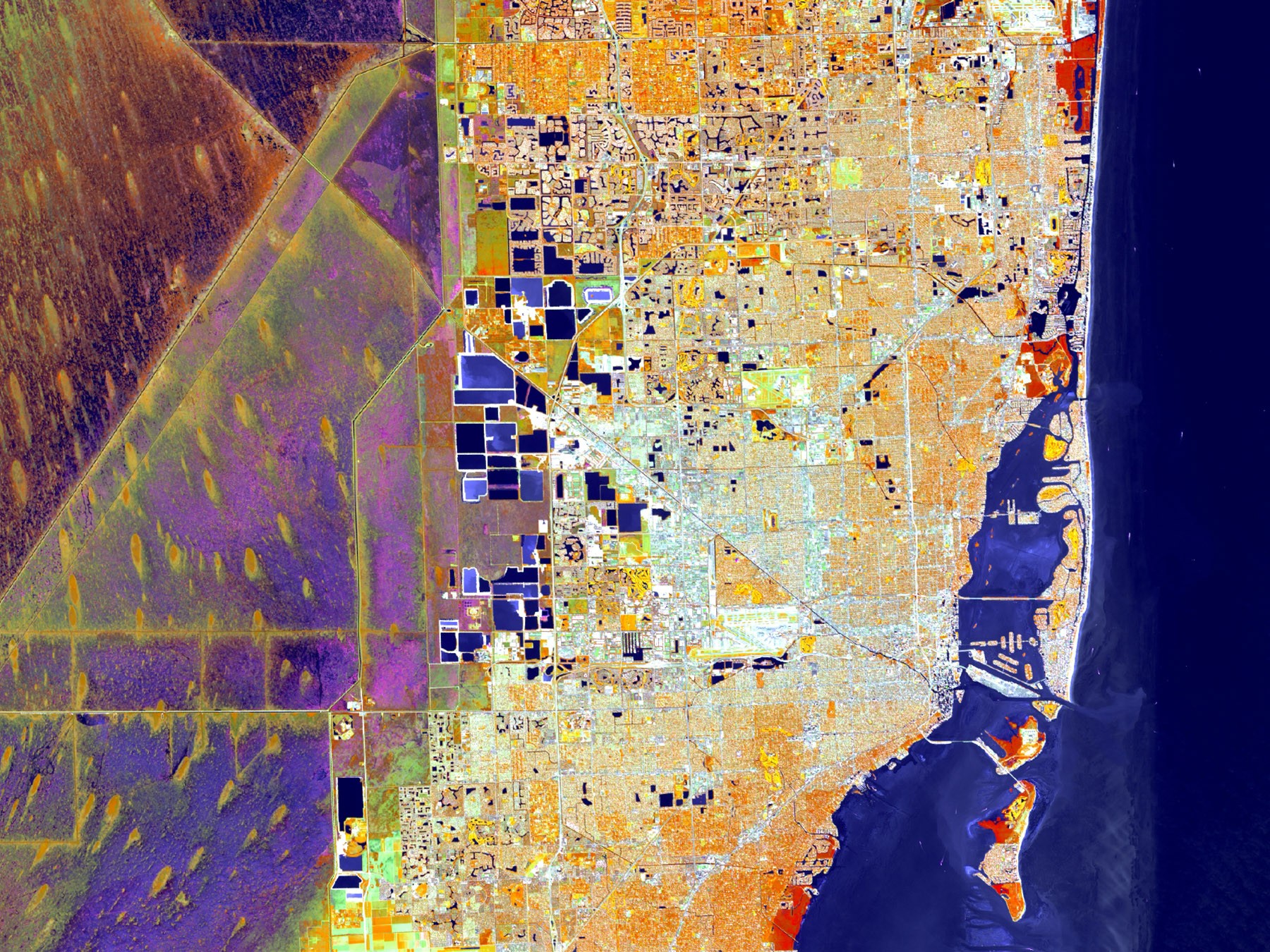 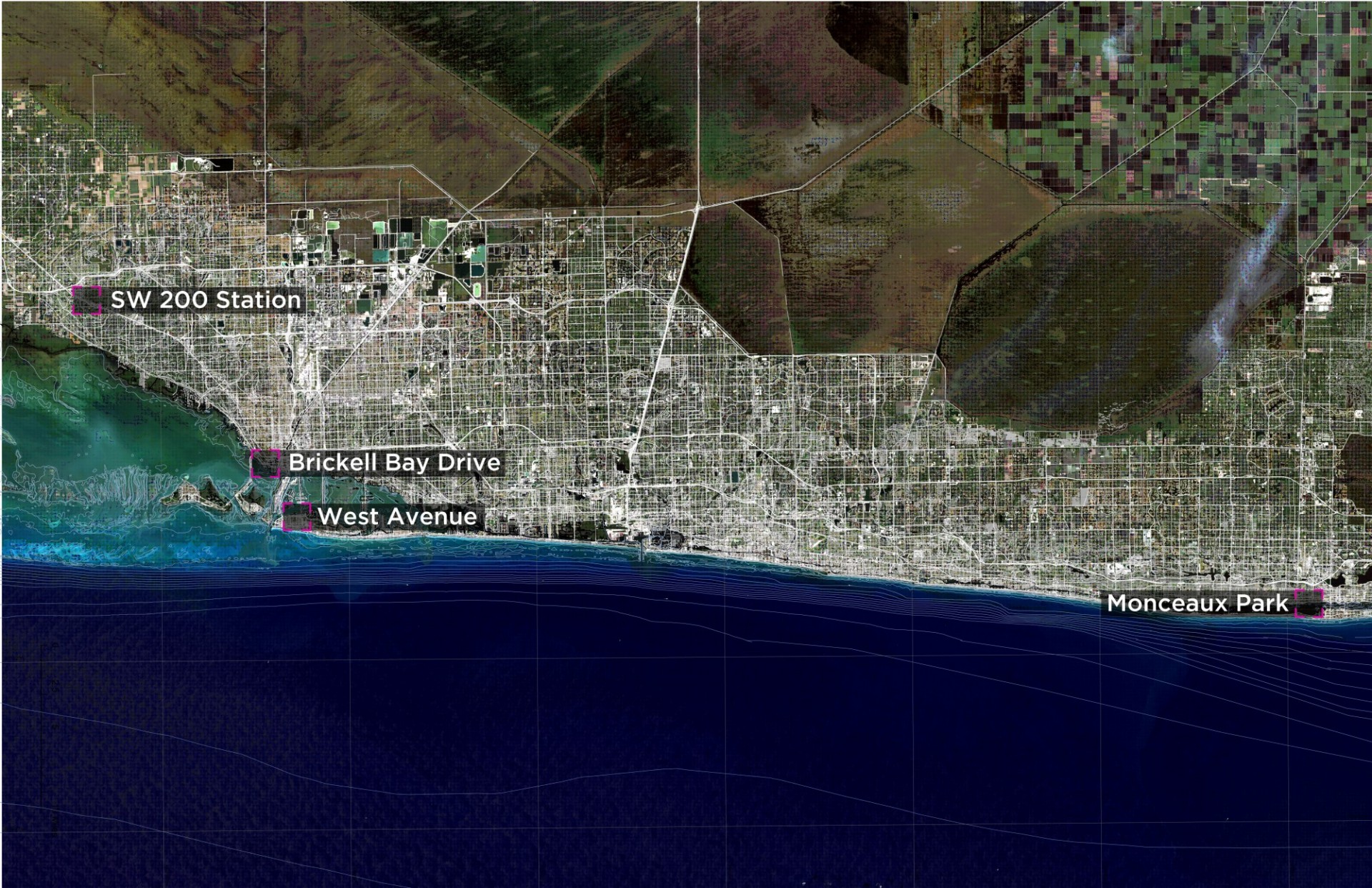 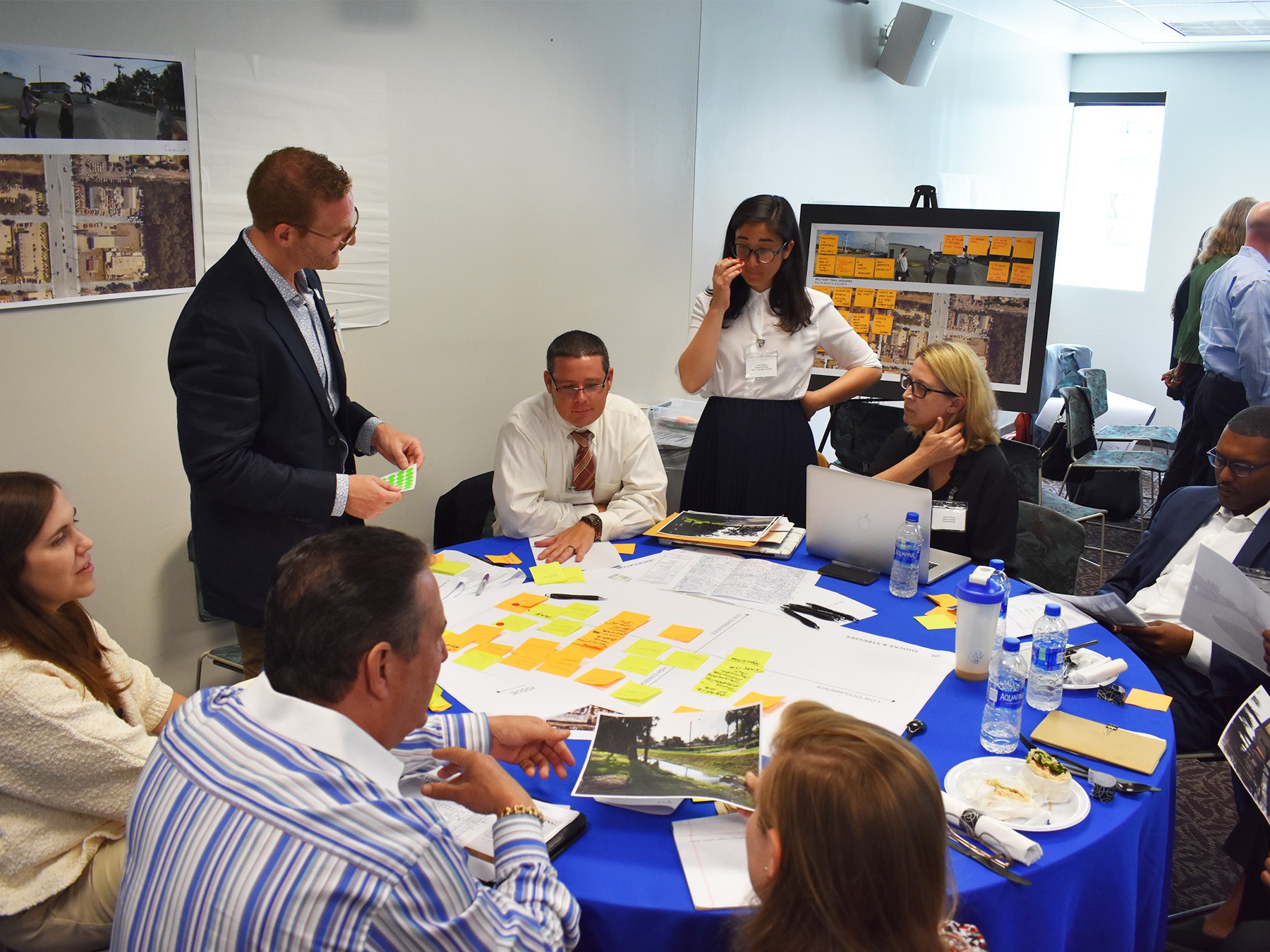 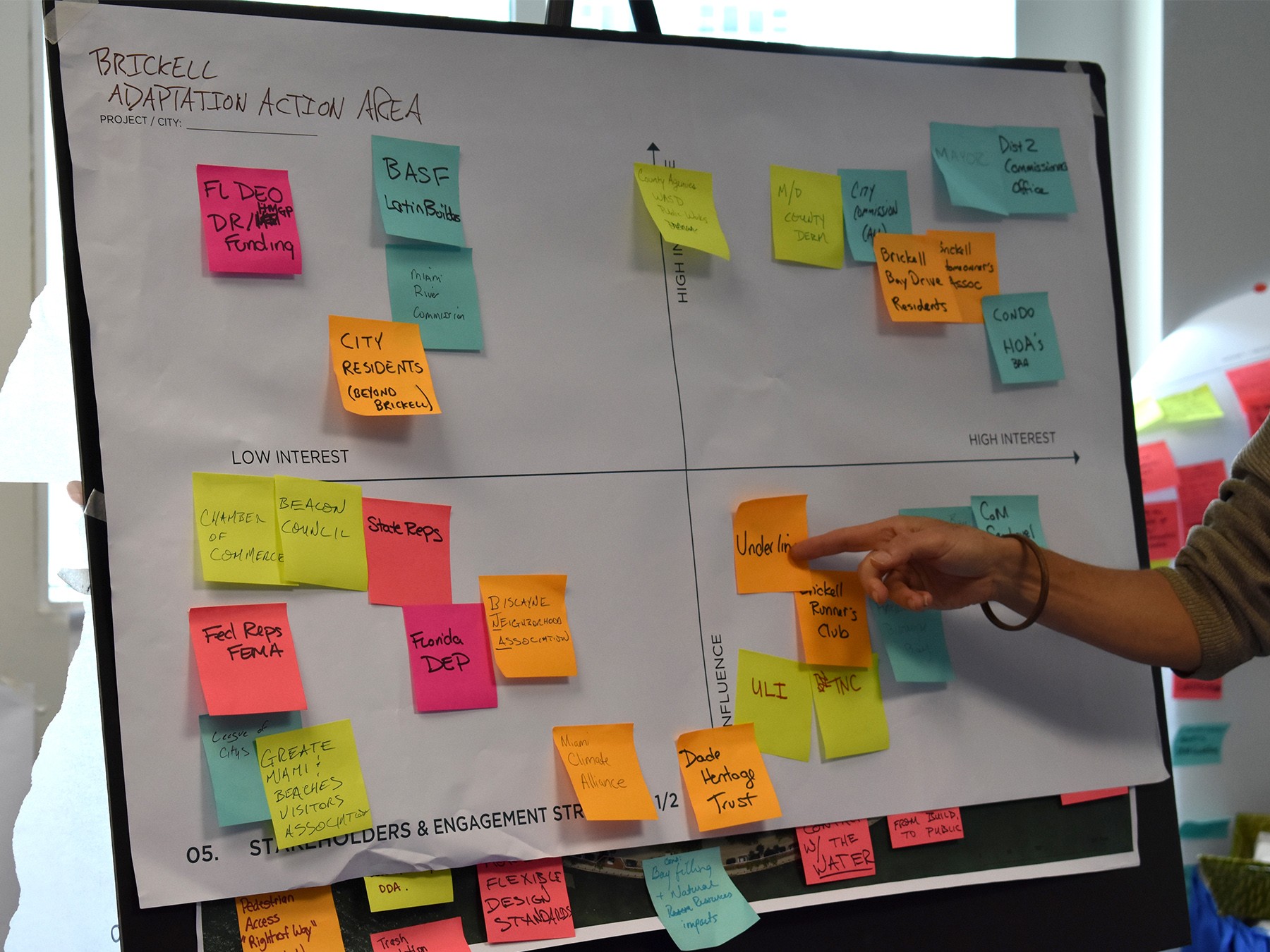 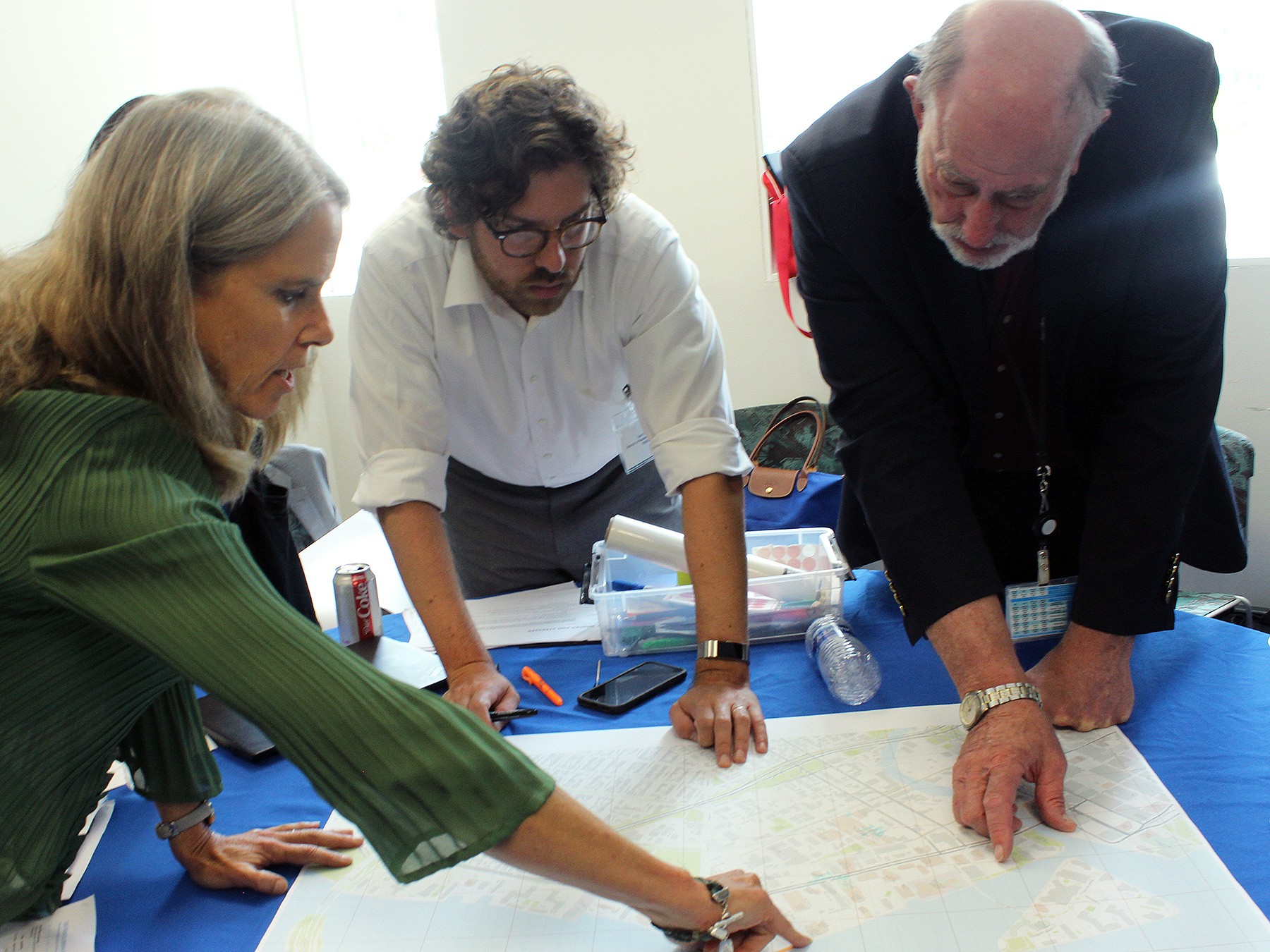 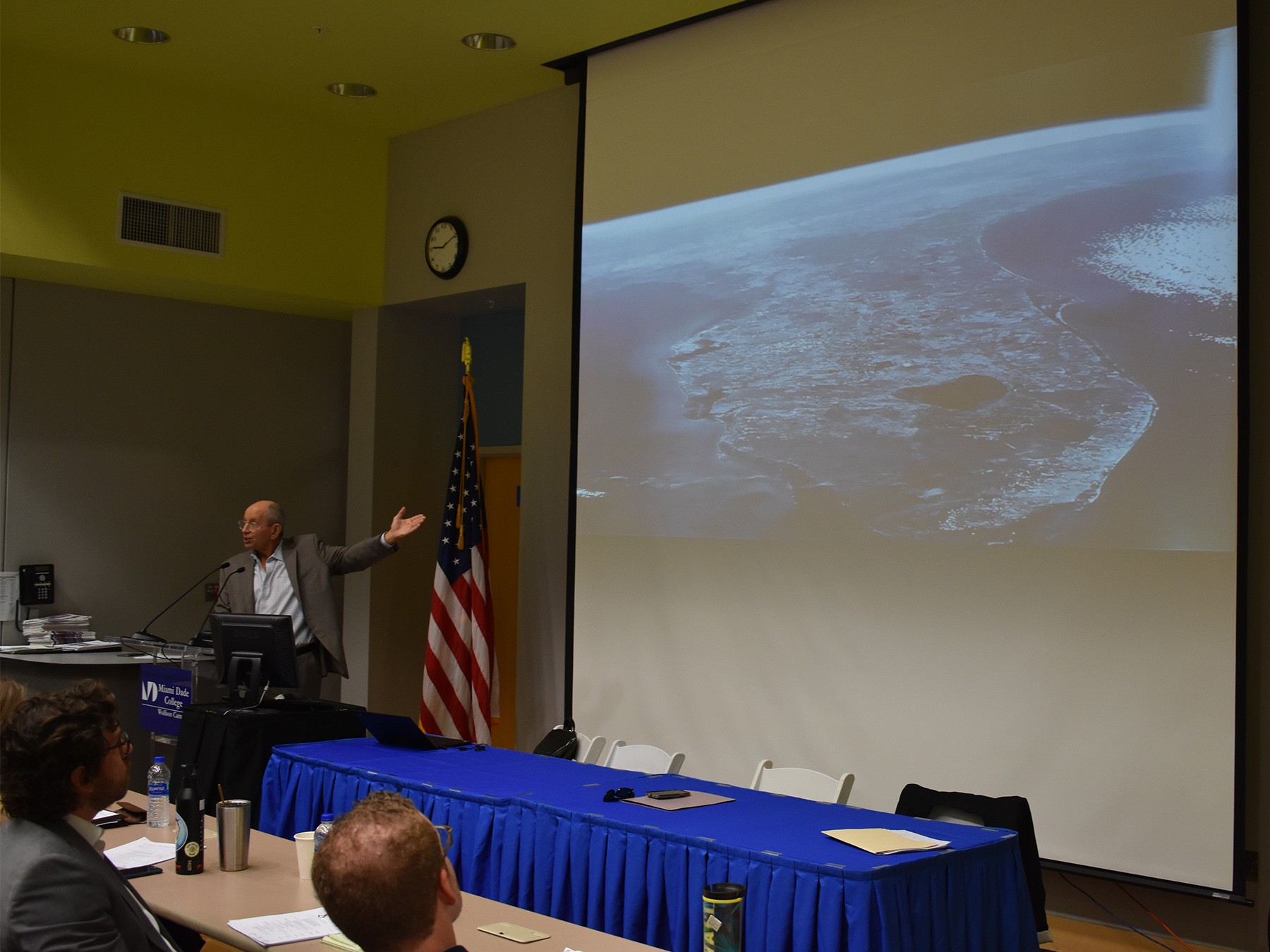 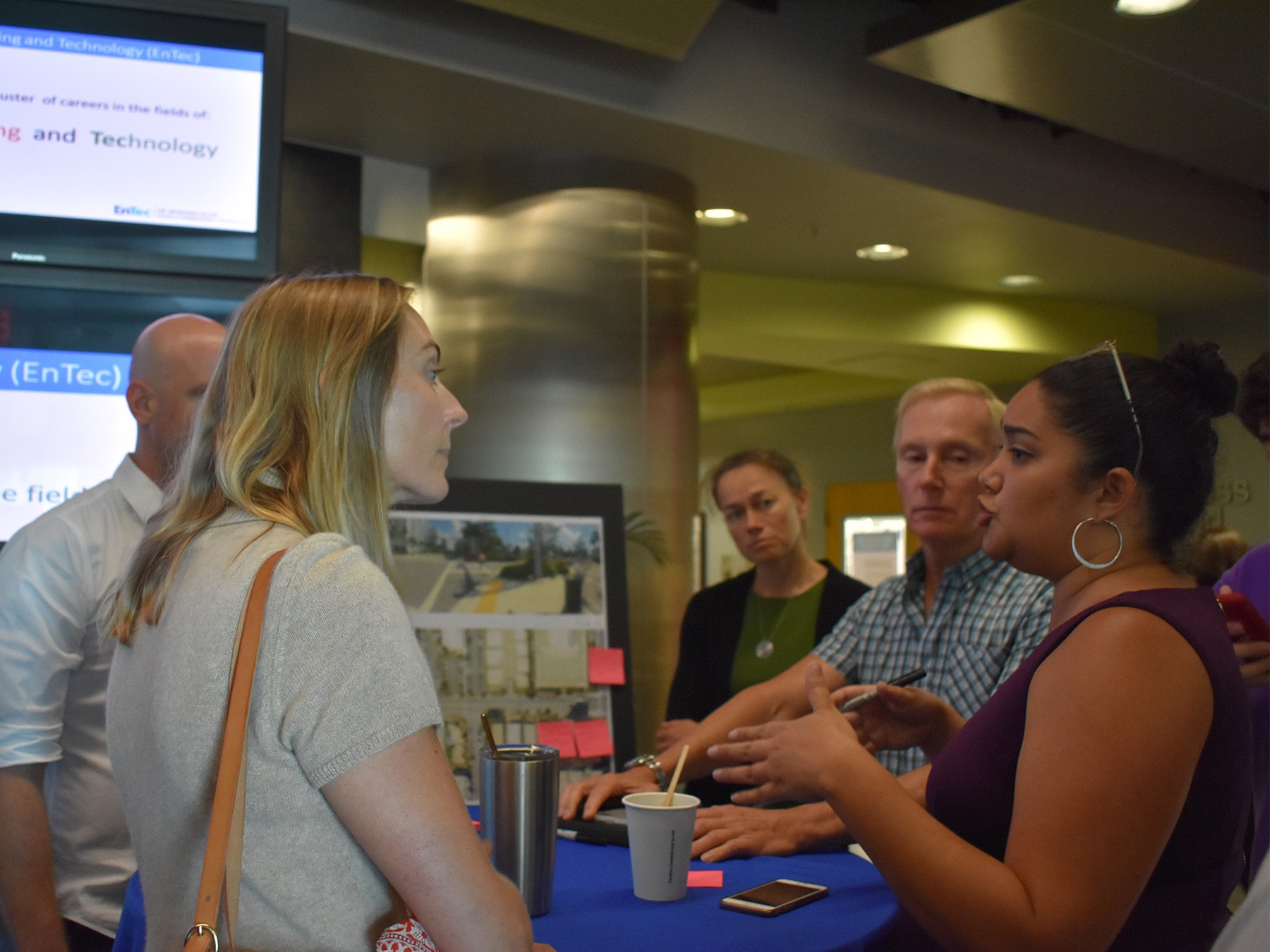 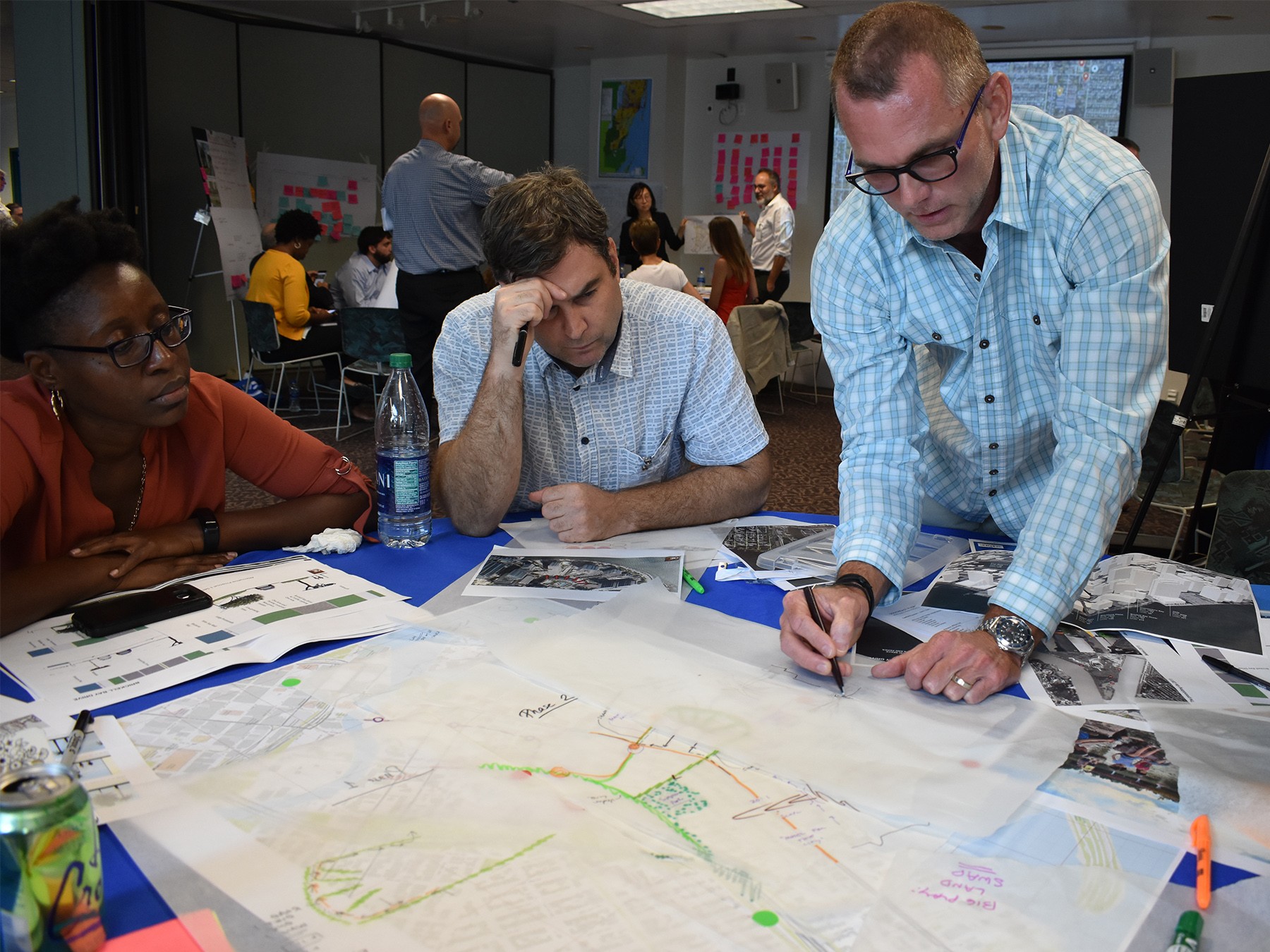 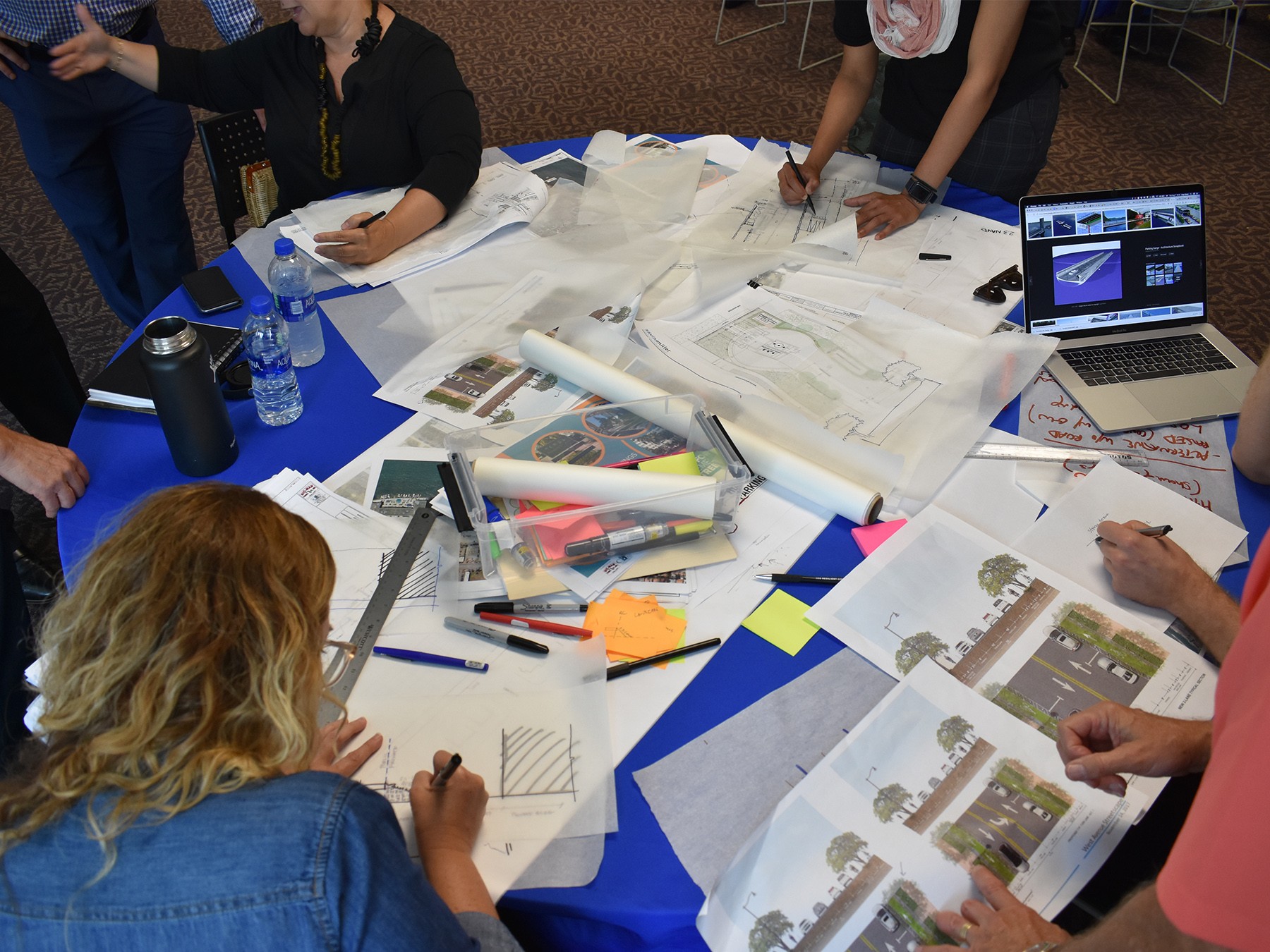 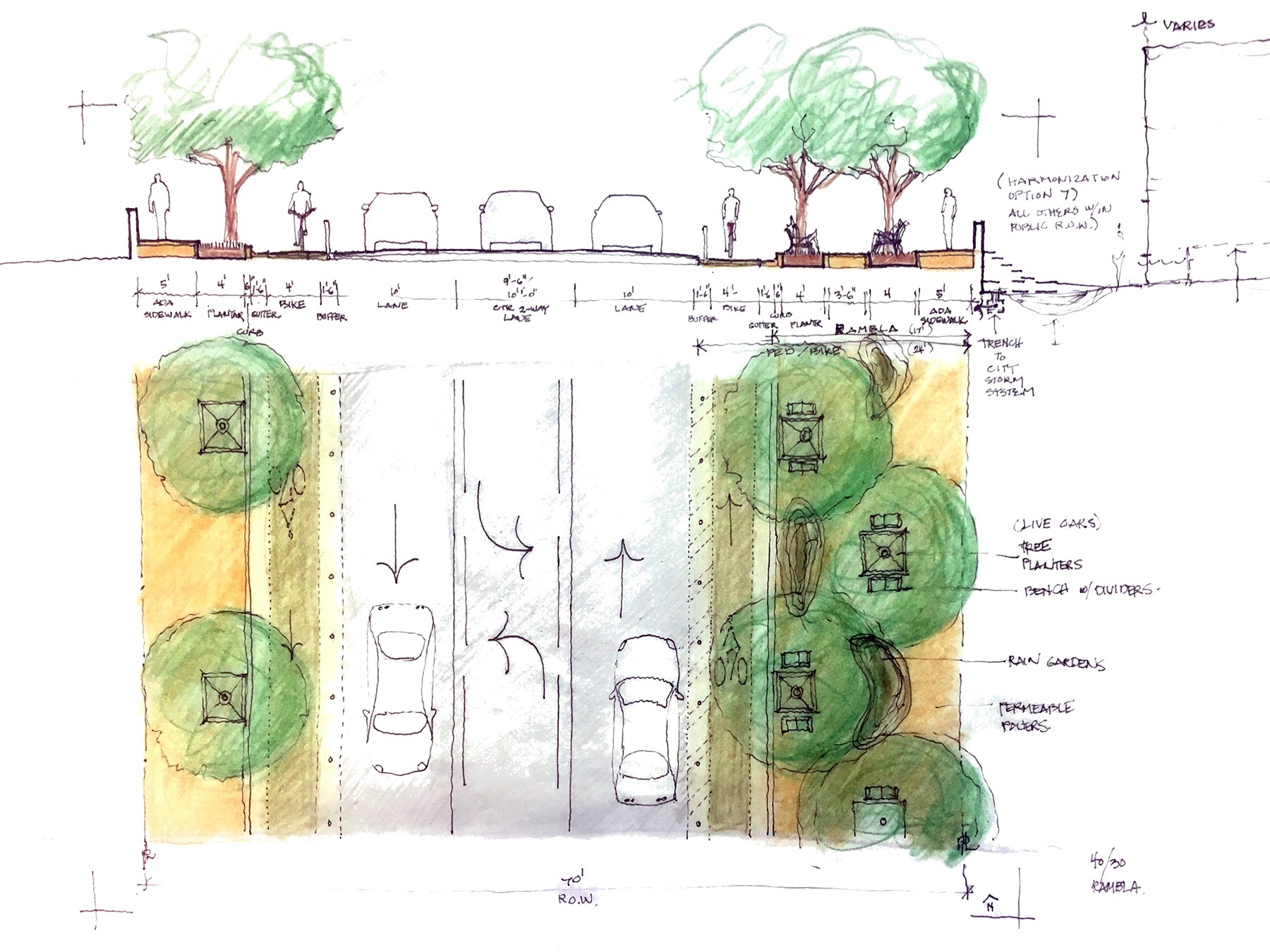 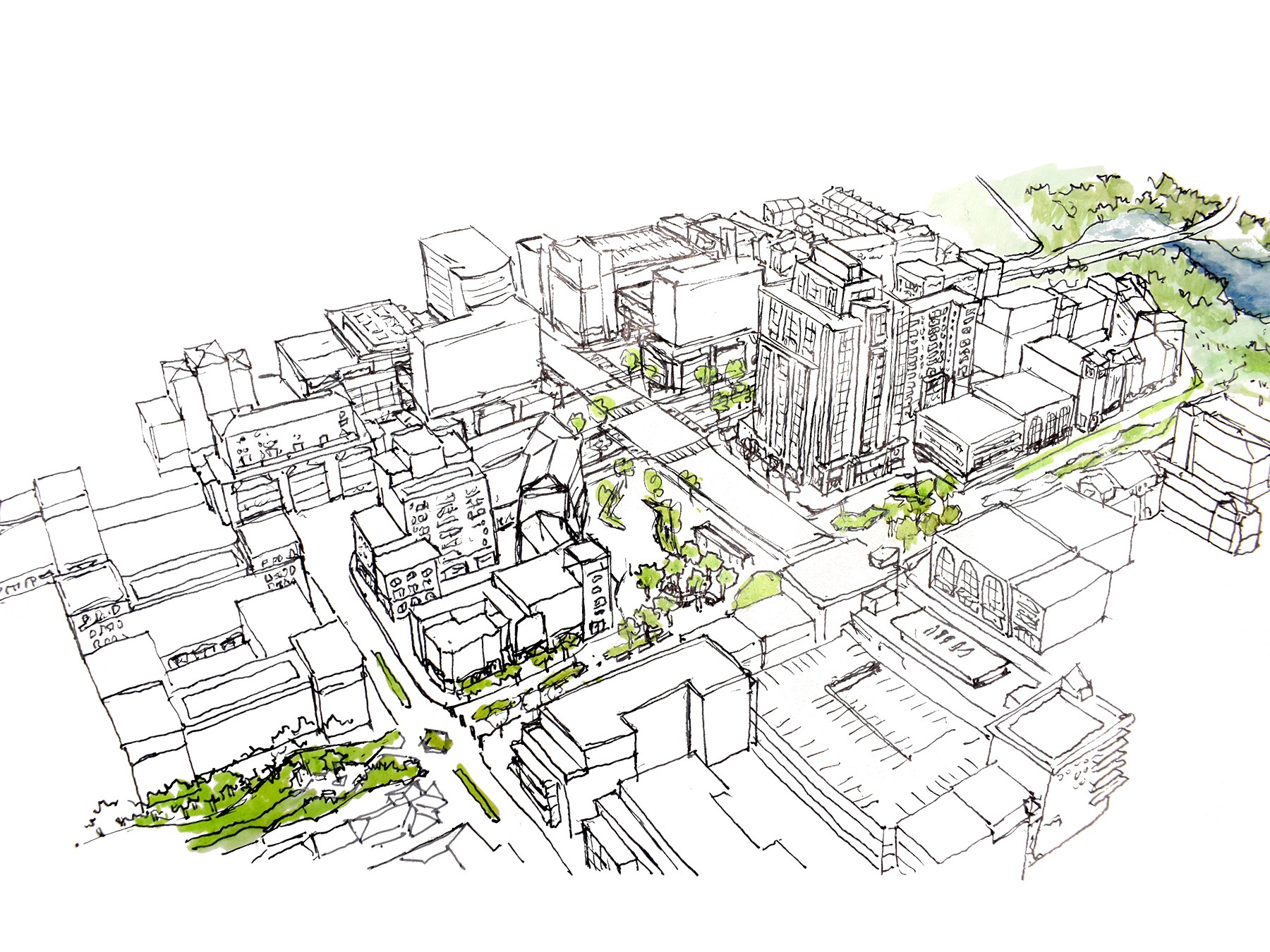 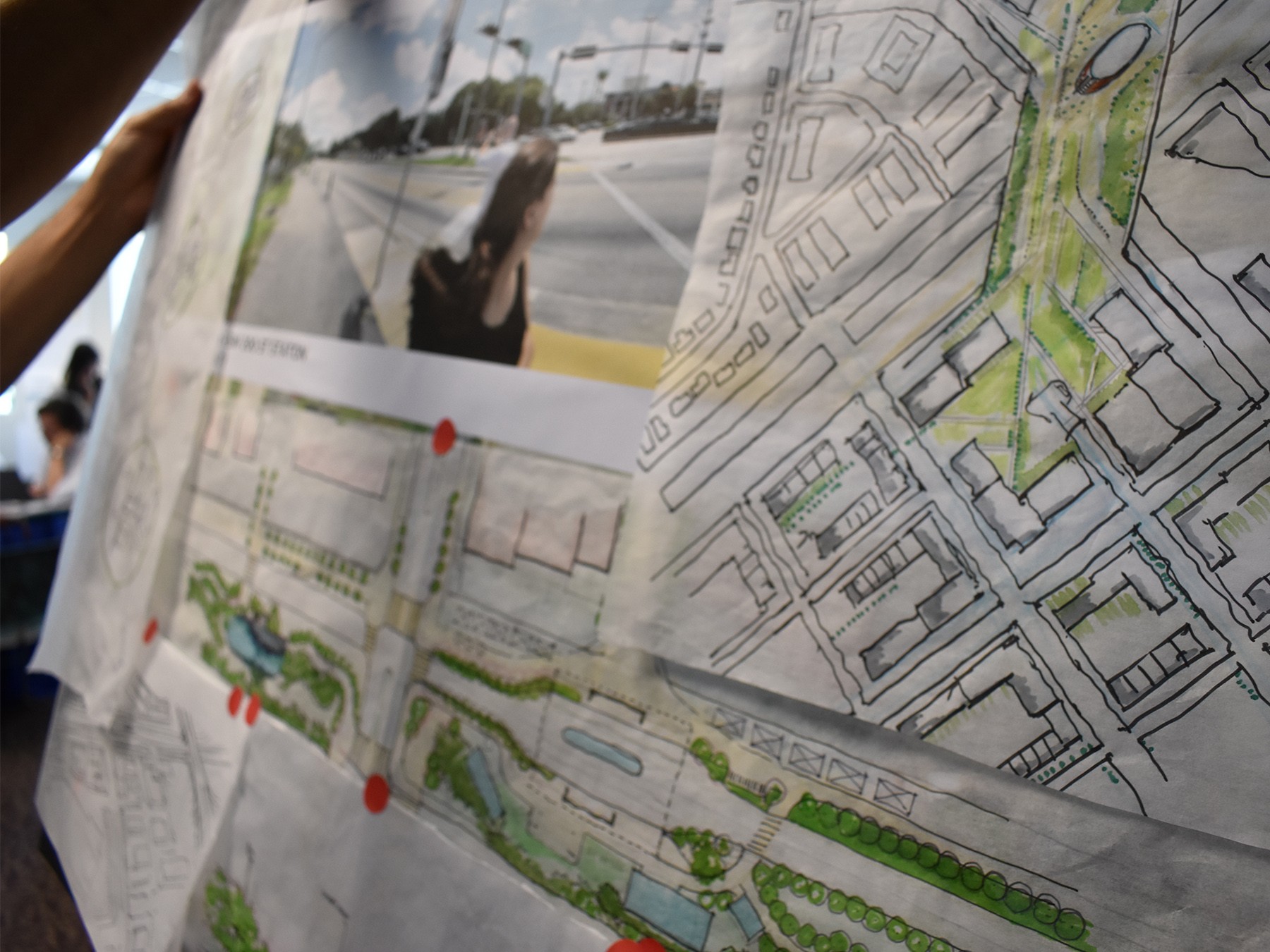 “This isn’t just about these five projects, but the tens of thousands of projects in the years ahead… There is no such thing as just a transit project anymore, or just a water project… every project needs to build resilience in the places and communities it touches.”

To start the Resilience Accelerator program, we traveled to the region considered the most vulnerable to climate change in the US. With over six million people today, Southeast Florida continues to grow fast despite mounting problems: increasingly unaffordable housing, aging infrastructure in poor repair, rising sea levels and more active hurricane seasons. These problems are experienced by all 99 municipalities in the region, but there are few vehicles for city officials to share knowledge and resources and collaborate on solutions.

Chief Resilience Officers (CROs) allied with the Southeast Florida Climate Compact selected five projects to demonstrate a new model for future infrastructure—from the beaches to the bayfront, from the densest urban areas to the down and out exurban edges. We visited the project sites, met with locals and experts, and then designed an immersive multi-stakeholder forum for advancing the projects while simultaneously fostering regional collaboration. This immersive three-day event brought together a wide array of voices, from Mayor of Miami Beach Dan Gelber to the performance Artist Misael Soto, who live-streamed spontaneous interactions with the public from each site into the conference venue.

On the first day of the workshop, project leaders presented their current plans and the challenges they faced. Miami Beach was stuck in a process of elevating West Avenue to prevent tidal flooding. The City of Miami was ready to rethink a stretch of bayfront in the high-end Brickell Area as a public amenity for all Miamians. West Palm Beach was seeking new solutions for a sea-wall that incorporates natural features like mangroves. Palm Beach County was trying to build support for transitional housing for its increasing homeless population. Miami Dade County engaged the Accelerator to develop ideas for how to make future transit stations “resilience hubs,” public spaces that would attract people to transit-oriented development on higher ground.

Over the next three days, facilitators from CRCL and 100 RC led project teams through a series of exercises to better understand the context for the projects, the root causes of the challenges they faced in design and implementation, and build consensus on pathways forward. Visiting experts offered critical perspectives and inspirational precedents. After an intense two and a half days of work, the project leaders presented again, this time to the public and the press. The projects had evolved in both design and implementation strategy to build momentum toward next steps.